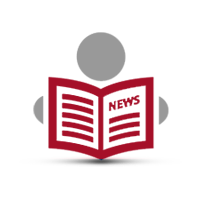 House prices in Northern Ireland continue to increase, according to the latest official figures.

The standardised average price of a home in the region is almost £117,000 - that is 7% higher than a year ago.

Figures issued through the Department of Finance show all areas of Northern Ireland, except mid-Ulster, saw a rise in the latest quarter (July - Sept).

Between 2005 and 2007, Northern Ireland house prices doubled before collapsing, reaching a low point in early 2013.

However, the market has been in recovery mode since then. Prices are still about 40% below what they were before the crash.

Northern Ireland house prices continue to rise and are expected to increase again in the next three months according to the latest RICS and Ulster Bank Residential Market Survey.

Local surveyors expect sales activity to pick up, however the rate at which new properties are coming onto the market is not keeping pace with new buyer enquiries.

Mortgage lending in Northern Ireland picked up in the second quarter of the year according to the latest figures from the Council of Mortgage Lenders. Our experience at Ulster Bank is that the third quarter saw a further increase in activity. The levels of mortgage demand that we are currently experiencing also points to a strong few months ahead.